PREVIOUS | BACK TO NEWS | NEXT

Thanks to CCBN, Darija Jeger on a 3-month internship in Canadian parliament, actively participating in the preparation of speeches, meetings and monitoring the work of committees from MP Bob Bratina’s office 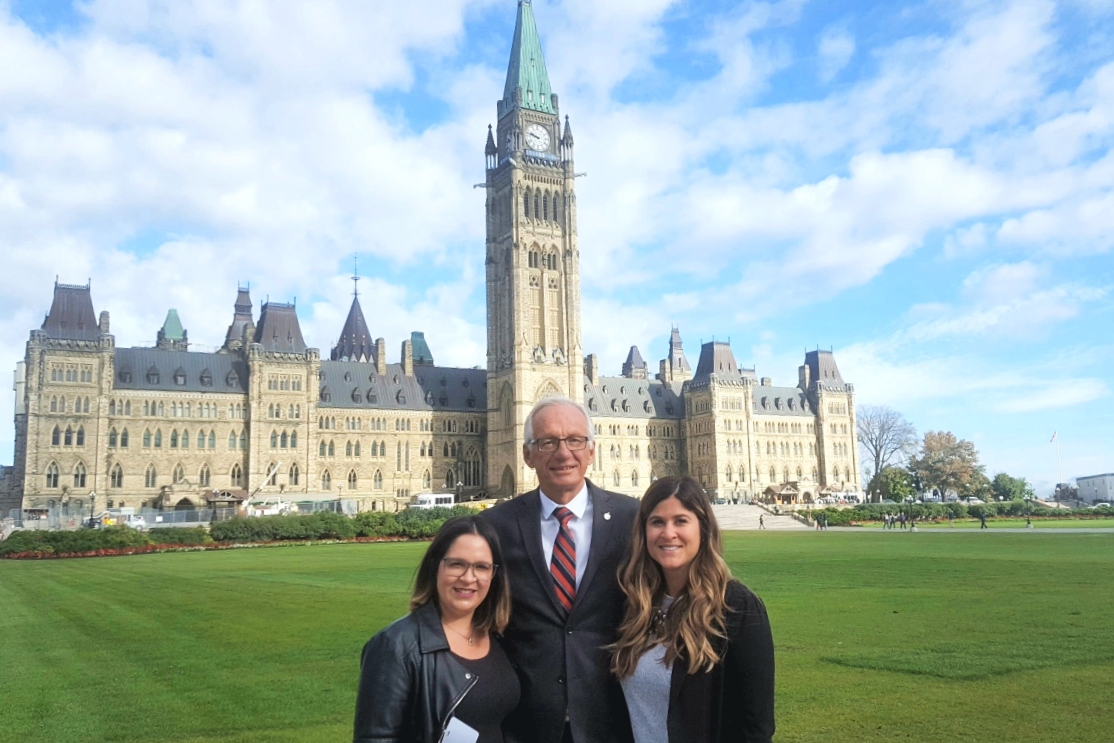 1. Darija, what made you decide to travel half way around the world for an internship?

Darija: To be honest, I wasn’t even aware that the Canadian-Croatian Business Network was organizing this competition until a colleague told me that he could already see me in Canada. Little by little, I examined the terms of the competition, and I first said to myself, “there’s no chance”. When I enrolled into university, I knew that I wanted to work in political public relations at some point in my career, and as applying is a painless process, I decided that the “at some point” would come sooner than later. Six months later, I’m in the office of MP Bob Bratina with a view onto Parliament Hill. When I say this, I don’t only mean the three buildings that I call little castles, but what I mean is the heart of democratic processes in one of the most developed countries of the world.

2. What are your first impressions? Are you satisfied with everything that awaited you in Canada?

Darija: Going to another continent is not easy. Apart from having to pack all my belonging in only about 30 kg, in Croatia, I had to leave the feeling of security that I have working in the debate association. Everything I was familiar with and was good at I had to put on hold to try something new, something I had never tried before. Thanks to the Canadian-Croatian Business Network and the Canadian Embassy in Croatia I’m billeted with some wonderful people who are making every day of my stay here easier. Not only are they helping me understand in depth Canadian politics, they are taking care of me as if I’m family. Our ambassador Marica Matković organized my internship in such a manner that it begins in the office of MP Bob Bratina, a Canadian of Croatian origin, who introduced me, along with his team, to my work and duties, and who places in front of me new challenges every day. To the question of whether I’m satisfied, it’s enough to say that we unwind from stress and tight deadlines to the sounds of tamburitzas.

3. What do you think are the most important benefits of your internship in Canada?

Darija: Thanks to my debate activities, which I’ve been doing since the age of 12, and my degree in public relations, I believe that I’ve come here with developed skills in critical thinking, communication, presenting and analysis, which are preconditions for working in such an environment. They develop these same skills here in a different direction and in different manners, which brings me great pleasure. I had to say that my internship story is not one in which the main task is making photocopies. From nine in the morning when I enter the office until I leave it, I do the same work like all of the other members of the office. This means managing social media, preparing speeches in parliament, preparing meetings with interest groups and monitoring the work of committees in which MP Bratina is a member. At the same time, we’ve started planning his campaign and preparing the first materials for next year. And while I’m listing everything that I do, it may sound a little intimidating, but it’s not. At all times, I have support, and at any given moment I can ask for help, and this is something that is highly valued. No one expects me to be perfect, but they do expect me to ask for help when I need it and to dedicate more of my time to things that interest me.

4. Is there anything you would like to say to your colleagues?

Darija: As a person who went to another continent on an internship, I would like to recommend to my colleagues to also take this bold step, no matter how terrifying it might seem – it is actually so liberating. Learning, developing your existing skills and taking advantage of the practical knowledge that you have gained during your studies will allow you to develop and become a better version of yourself. Apply and participate in projects, exchanges, internships. Take advantage of every opportunity because you never know what door will open for you. And even more important than opening doors is that such experiences will help you get to know yourself, and this is priceless.

PREVIOUS | BACK TO NEWS | NEXT